Violet Delauw sits at home on the edge of her bed, soft light filtering in through her sheer curtains. Surrounded by memorabilia from her life, she begins her story with her life in the coal mining district.
“Dad was a fire boss. He would bring his lunch bucket home, and my brother and I would fight over the leftovers.”
She loved the coal mining area, loved climbing the hills. She tells us she’s lucky if she can walk now, let alone climb hills, due to the osteoarthritis in her hip. She took a fall in Didsbury, which led to injury.
“I got dizzy and went flying off the stepladder and my head hit the house, my body hit the ground, and it dislodged (my) bladder. So I had an operation, and I swear to God I’ll never climb another stepladder.”
Violet has a good sense of humour, and laughs at her misfortune.

How old were you when that happened?

I was too darn old. Old enough to know better. She laughs. We never age. We get better with time.

The subject of her daughters comes up, and she regales us with stories of their misbehaviour.

The nurse would say (of her daughter Janey), “Isn’t she adorable?” And I thought, what happened, she turned out lousy.
Brenda and her were always fighters. Brenda would steal Janey’s clothes, put her blue jeans on, so they had a fight. Then she pushed Brenda into the bedroom wall, which is the house I haven’t got any more, thank God. I couldn’t afford it anymore.

The women laugh and her other daughter interjects. “I remember getting in trouble for the hole in the wall, and I wasn’t even home.”

One thing we have to ask you… what’s the bravest thing you’ve ever done.

Married a soldier. Dad married me off, put me in my sister’s old wedding gown. (We) got married in Drumheller, in the smallest church on the Dinosaur Trail. July 16, 1960. He joined the army, Royal Canadian Horse Artillery (as a) gunner/driver. While in the army he never got in the tanks. Maybe he was scared.

I was only married to Henry 10 months when he got the blood trouble he had. The poor devil. He’s up there meeting his maker and fightin’ with him.

(He) came from Eindhoven, Holland, and lived across from my mother in Canmore.
Maybe that’s why she didn’t like him. (He was) stealing (her) last daughter.

So you met in Canmore?

Actually I did meet him in Canmore. He asked me to marry him over the telephone. So it went around the valley, “she’s gotta get married, she’s knocked up.” I couldn’t have kids, I had a big operation (to) straighten my insides out. Though, I don’t know if it straightened my head out. No wonder my kids are wacky.

Vy and Henry then moved out to Ontario for his military service.

We lived by Petawawa River where the mosquitos were for 5 years. I was getting called the River Rat. (I) went to work at the Archway Motel, about a year. I got pregnant with Janey. I was like this (she mimes a large pregnant belly) when we got back from Ontario.

We came to Calgary to be close to his parents. They were ailing, and then they both died.

We all get old and we kick the bucket. All of them passed away, all eleven kids. 7 boys, 2 girls, and mom and dad. Some are buried in Lethbridge, God knows where they are all buried.

She shows us a photograph of Henry.

We were only married 10 months when he came down with this rare type of blood (disease). (But) we had 41 years together.

He had blood splotches all over his arms, (a symptom of) idiopathic autoimmune hemolytic anemia. His white blood cells were killing off all his red. He was jaundiced, even the whites of his eyes were yellow.

He spent a lot of time in the hospital, but he loved driving 18-wheelers.

When he first got it he was still in the army. They gave him one month medical retirement. You don’t cure it in one month! It took him ten months to get it after I married him!

But I mean, he already had it and I never knew. It was his fault, he should have told me or I wouldn’t have married him. I wanted to marry a healthy guy. I’m looking for a healthy guy, has some jingles in his pocket called cash, and good looks. And, he’s a saint.

The room erupts in laughter and her daughter tells her she’s asking for too much. Those men don’t exist.

Well I’m waiting for the Pope to ask me to marry him.

Violet knits. She’s just finished something. She shows us a few scarves, and tells us she learned to make scarves for the Salvation Army.

I started that when I got poisoned on my nurses job cleaning chemicals. I make real nice long scarves.

She shows us her red and white creation. We finish the session with this. She sits back in her chair and works on a scarf, and we photograph her.

An online gallery of all her images is available for the next 30 days. From the online gallery you are able to favourite images, order prints and share the gallery with your family and friends. The gallery can be accessed via the link below and you can contact Violet directly for her secure password.

We are so fortunate to have had the opportunity to photograph Violet for She’s So Brave and we thank her for sharing her story of bravery with us!

Want to share in the experience? Contact us today to book your session or to set up your free wedding consultation with Jeremy!

Some of my Favourite Photos from Violet’s Session 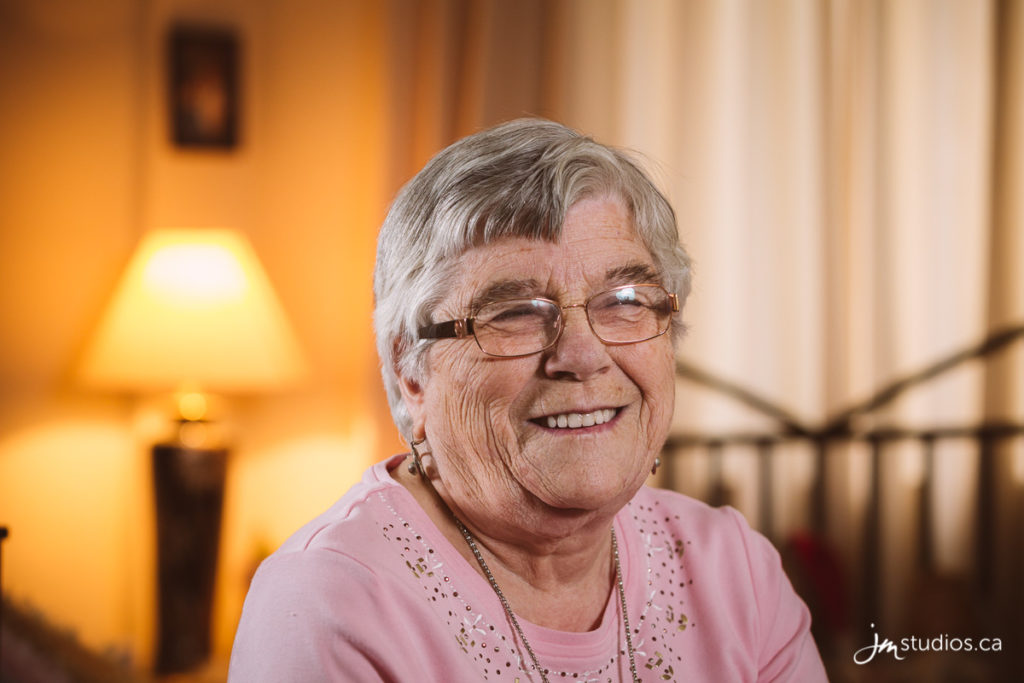 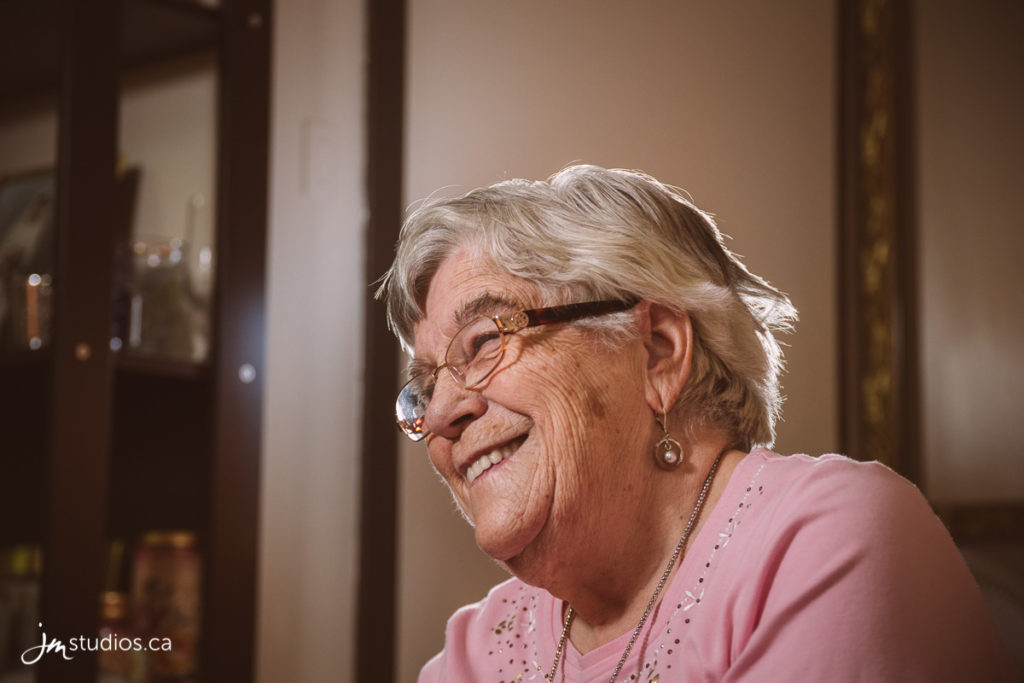 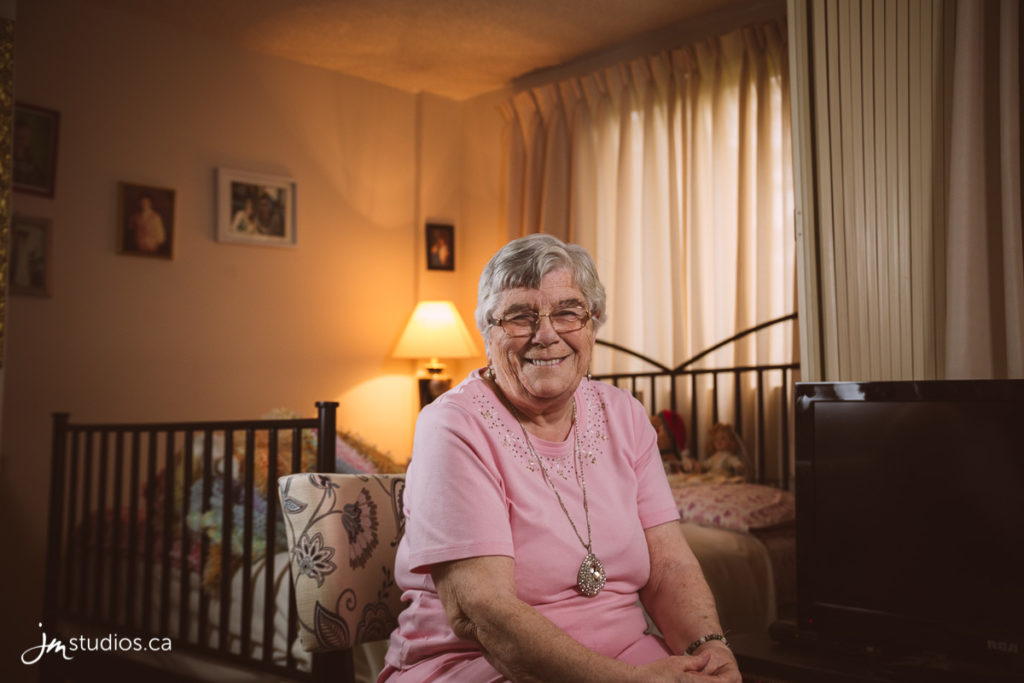 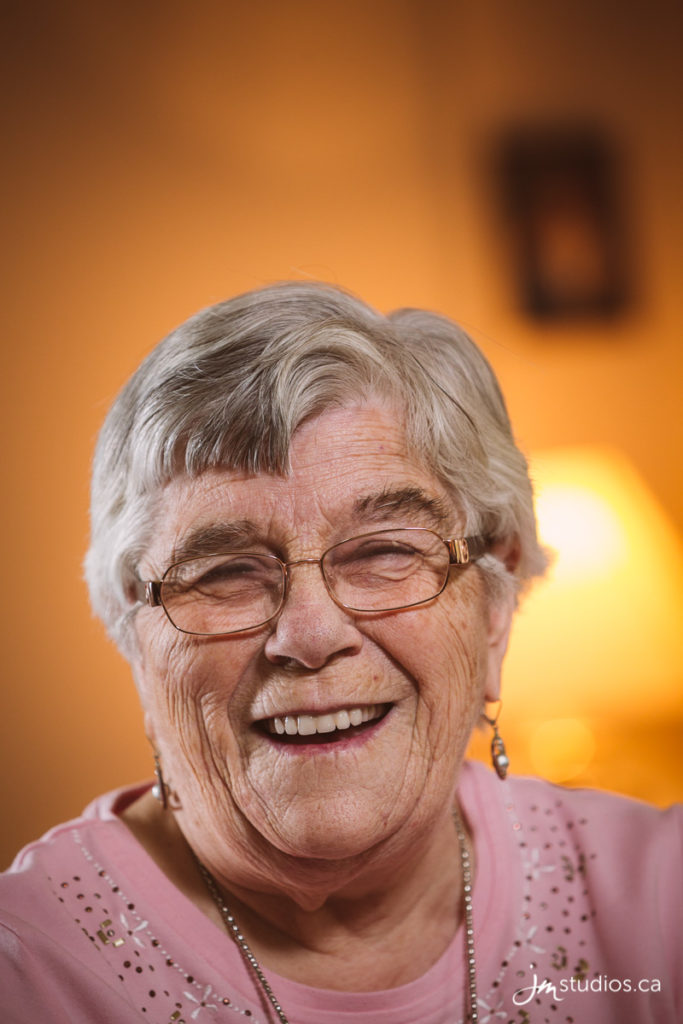 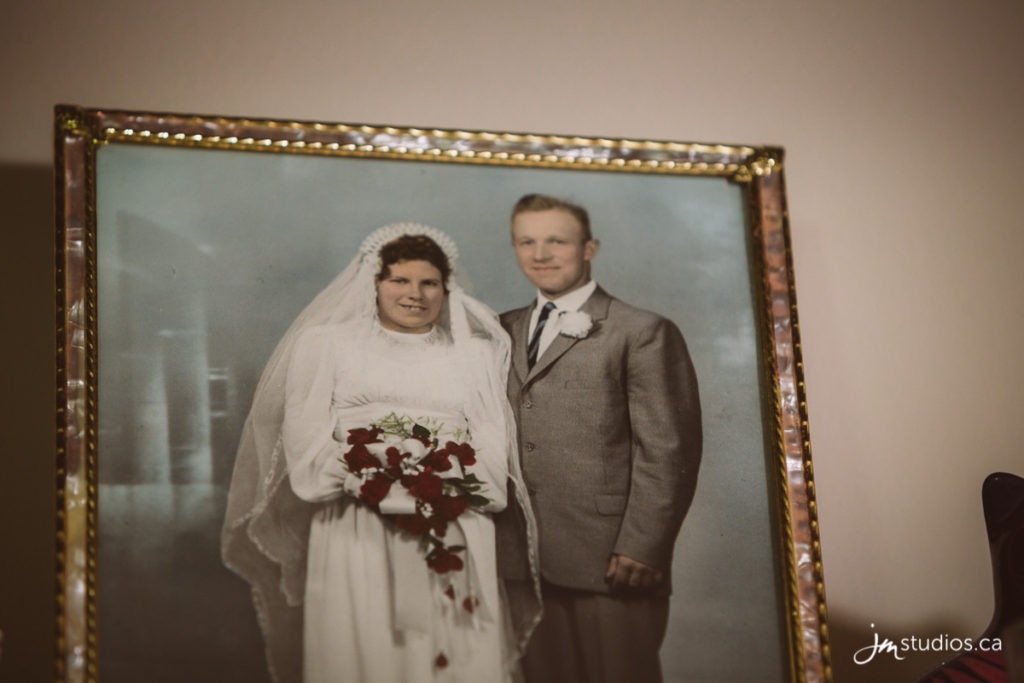 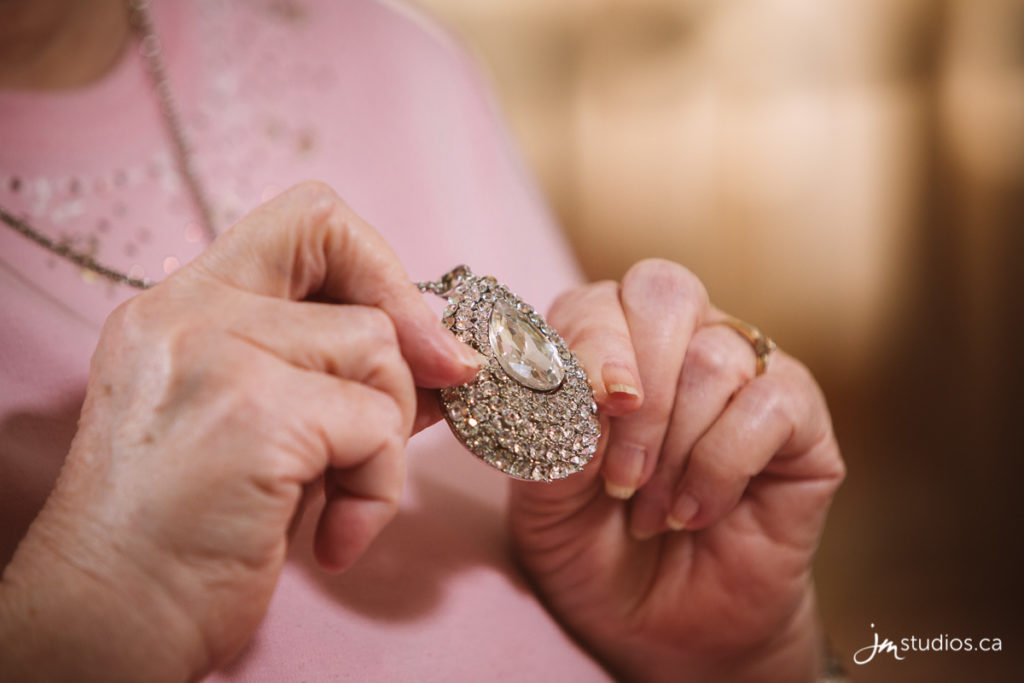 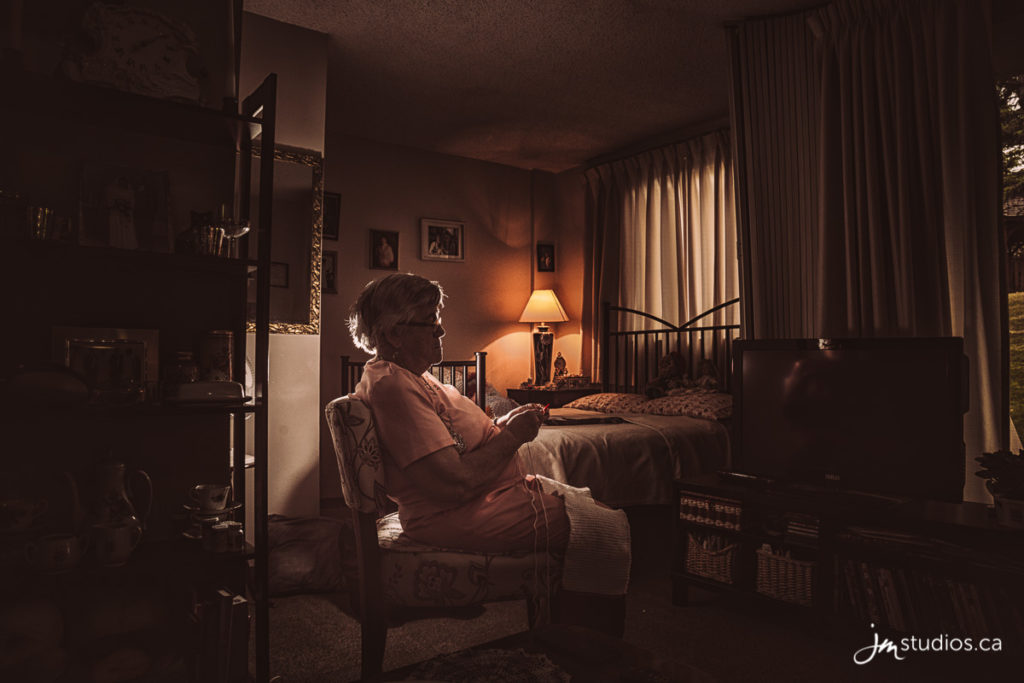 JM Photography offers Calgary families the very best in portrait photography! Our unique style and best in class experience is one of a kind. Each session is treated with the greatest of care and creativity, resulting in breathtaking imagery. We also offer newborn sessions, maternity sessions, portraits and Calgary Wedding Photography.